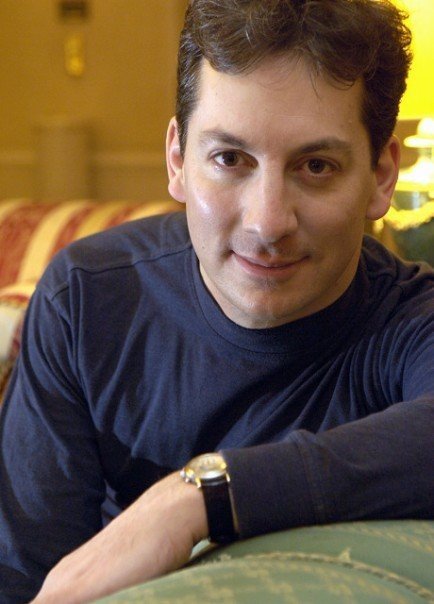 “On the highest musical level, the sparkling evening of this concert with the Orchestra of the Arena di Verona was conducted by Alexander Frey with an air of lively, very well articulated tempi and emphasis of rhythm, especially in the Bernstein. In the Gershwin, Frey conducted with a close attention to phrasing, always with an emphasis on timbre which created an effervescent performance. To achieve this, Frey always wisely emphasized the composite nature of the musical styles, balancing symphonic spirit with communicative immediacy, but still characterized by large melodic prominence. An American in Paris was a magnificent balance between melodic richness, rhythmic snap and vivacity of color.

Also featured was the Hudson Concerto of Charles Kalman, contained in a single movement, full of rich expression, with an extroverted, creative fluency, entrusting the piano (with Frey as the soloist in this piece, conducting from the keyboard) to a concertante role of musical contrasts.”       –L’Arena (Verona)

“Absolutely exquisite…heart-rending. Alexander Frey plays with not only accomplishment but an audibly deep affection for the music and the composer.”

“Alexander Frey has had an enormous impact on Europe’s music scene over the past 15 years. Frey has managed to successfully straddle the line between “classical” and “popular” music (arguably a faulty demarcation). He is as at home with Mahler symphonies (which he can conduct from memory) as he is with Bernstein’s West Side Story.”
–The Prague Post

“Alexander Frey proves to be an intensely persuasive interpreter.”

“Alexander Frey’s concert (on piano) on the grand stage of the Teatro Regio di Parma was an intense journey through the most intimate dimensions…. Frey was able to carve out intense emotion. Frey’s execution was perfect, especially in his incredible control of touch and balance, and in his interpretation.”

HEADLINE: “ORGANIST DAZZLES!”
One of the instruments that has a high level of complexity for its execution is the organ, since it demands great coordination of the hands and feet of its interpreter. The fact that last Thursday at the University Theater, in the sixth program of the second series of concerts of the UANL Symphony, there was an opportunity to appreciate a real artist of this instrument: Alexander Frey. Frey demonstrated a deep, great musical brilliance in his performance in the Symphonie Concertante for organ and orchestra of the Belgian composer Joseph Jongen. This work offers the performer an opportunity to show a wide pallette of sounds and colors, and Frey achieved this. He also gave a great element of theatricality in the closing of the piece.

“Alexander Frey’s restoration and conducting are to be roundly applauded“

“An Evening with Alexander Frey at Hill Auditorium (University of Michigan) concluded this celebration. Mr. Frey played a fascinating and thought-provoking program, in which he explored the resources of both piano and organ. Works included were three movements from Between Two Worlds of Erich Wolfgang Korngold, the Adagio from Gustav Mahler’s Symphony no. 9, Leonard Bernstein’s Touches, and music by Dupré, Jongen and Liszt. It was a resplendent program.”

“The vocal ensemble sings well, the orchestra plays with the right combination of warmth and crisp rhythmic awareness, and conductor Alexander Frey, whose labor of love all this is, leads the proceedings with an unmistakable joy. Grateful kudos to Mr. Frey.”

“In Verdi’s Otello, the cast, and, above all, conductor Alexander Frey, were splendid. Frey, the orchestra and the musical highlighting of each character became immediately clear. Something special was to come: electricity, professionalism, team work, complete unselfishness. Frey and his team were first for Verdi and the miraculous flashing, plunging score. We had more thrills from this Otello then had ever turned up in the space show of Aida in Luxor.”

“Alexander Frey responds with sensitivity to the rubato and general ebb and flow of Korngold’s deeply Viennese, waltz-imbued music.”

“Alexander Frey interprets this music with audible pleasure. Smiling to himself, in large doses of irony, he savors and makes the most of every freedom to show the power of suggestion that this music has; one can sense in every measure Korngold the music-dramatist and effect strategist. The composer and his interpreter seem to have found in each other the ideal artistic marriage. Frey is not only a pianist, but also an organist and conductor of the Rome Philharmonic Orchestra and Prague’s Bohemia Symphony Orchestra. A creator in multiple respects. The scales run along like pearls, and Frey makes the most delicate tones fade to inaudibility. A fascinating CD. First-class …this is literature for which Frey sets the highest standards of interpretation.”
–Piano News

“The vitality that courses through the stage action is matched by the taut conducting of Alexander Frey. At every turn he chooses the perfect tempo and leads the orchestra to play this familiar music with such freshness that it sounds newly minted, and always imaginative and elegant.”
–Stage Door

“RECORDING OF THE MONTH (DVD Erich Wolfgang Korngold: Adventures of a Wunderkind-A Portrait and Concert)…. Pianist Alexander Frey’s contributions from the early Don Quixote and Seven Fairytale Pictures are particularly fine. His readings are beautifully shaped, sensitive and in the case of the Fairytale pieces – ‘Gnomes’ and the lovely ‘Epilogue’ – very evocative and very affecting. In all, this is a splendid record of the life and music of Erich Wolfgang Korngold. Unhesitatingly recommended to all his admirers.”

“Conductor Alexander Frey, who is the main person responsible for pulling all this music together and getting it into performable shape, leads a performance of spirit and finesse. Frey, as he mentions in the interview above, is more interested in what he calls the music’s cinematic sweep, and he brings that off wonderfully without underplaying the rhythms.”

“Frey’s command of the Mozart pieces and success in structuring the orchestra is apparent to the packed house, which awards Frey, (pianist Christiane) Engle and the orchestra with seven tumultuous curtain calls.”
–The Prague Post

“The festival’s Artist-in-Residence just happened to be the fine American pianist Alexander Frey, who is something of a Korngold specialist. He gave a brilliant and well-attended recital of Korngold’s early piano works, and this event was a first, even for me. These early and challenging works by the Wunderkind Korngold are hardly ever performed in concert these days, and hearing them (especially in such fine and idiomatic performances as here) made me marvel anew at how precocious Korngold was at the beginning of his career. Frey also performed an impressive piano reduction for piano of the full orchestral score of the tone poem “Tomorrow”.
–Musical Opinion

“One of the top young conductors in the world….a combination of incredible talent as a conductor, pianist and organist.”

“Frey conquered the hearts of the audience with a wide spectrum of his distinct talent. He performed the rhythmically grabbing allegro pieces with joyful virtuosity…an adagio with subtle rubato, soulfully and melancholically interpreted. One was touched. The youthful vitality of his playing drove the artist in the Finale. It was breathtaking for the audience. The applause was passionate. Four encores were given.”
–Schwäbische Zeitung (Germany)

“Following the release on Koch International Classics of the complete piano works of Leonard Bernstein, Alexander Frey turns in another disc of sumptuous, sensual performances, with electrifying virtuosity, high emotion, deep sensitivity and a seemingly limitless palette of color that always characterizes his performances.

The works here on this CD are from Korngold’s earliest period when the composer was between 11 and 14 years old. Each set of pieces is highly programmatic, and through Frey’s hands and musical vision, the listener can immediately sense the playing out of the drama inherent in the Don Quixote Suite and the 7 Fairy-Tale Pictures. Don’t be fooled by the titles: these pieces require a big virtuoso technique and great musical imagination. Alexander Frey, as always, delivers some of the finest performances of any repertoire one wishes to hear. In Korngold’s piano works, he has set a standard so high that very few could even come close to matching it. This disc is most highly recommended.”

“Frey demonstrated all of the piano’s registers in the Liszt. He achieved a breathtaking tension, building up darkly and slowly, exploding in a gripping fortissimo thunderstorm. The Consolation in D-flat major which followed is of a different style, dreamy, and Frey interpreted in such a way that one had to eavesdrop. Through his sensitive touch, tender, floating pianos drifted as if from afar into one’s ears…Together, the artist and audience experienced joy.”

“Listening to this CD the first time round is an enchanting experience, and just as delightful each subsequent time. The intelligence of these compositions by the young Korngold, Alexander Frey’s exquisite interpretation, and the finely balanced recording technique combine to make this a particularly satisfying disc….Alexander Frey clearly loves this music and serves it up to the happy listener on a silver platter.”
–La Scene Musicale

“Alexander Frey’s recording of Peter Pan fills in a blank for Bernstein fans, and does so in exceedingly fine fashion….this is bright, expressive music, and something that might have remained lost forever….Mr. Frey has unearthed it, dusted it off, restructured it, had it orchestrated and arranged for it to be recorded…. Conductor Frey knows what he is about. This restoration is obviously a long-time quest of his, and the results turn out to justify the project….the material on this new CD is of inordinate interest to Bernstein fans, and exceedingly well presented.”

“This, the first volume in Alexander Frey’s survey of Erich Wolfgang Korngold’s complete piano music, bodes well for future installments….Frey evokes just the right sense of gentle fantasy in “The Ruler of the Spirits,” and the tripping hesitations of Korngold’s signature motif in rising fourths in “The Fairy King’s Ball” emerges delightfully in his hands….Lost for years, Korngold’s Four Waltzes were rediscovered in 1997 and given their world premiere performance by Alexander Frey the following year….here is a wonderful naive innocence to these four delightful and lovely waltzes that is quite winning in Frey’s hands. This makes another fine addition to the now bounteous Korngold discography. I look forward eagerly to Volume 2.
–Fanfare

“Conductor Alexander Frey, leading the Amber Chamber Orchestra, captures the witty and urbane character of the music with his elegant direction.”

“He is an extremely sensitive and poetic performer who understand the art of musicality in playing and allows the music to speak for itself. This is the rarest and most unique gift that a true musician can give an audience.”
–West Valley News (Flint)

“Frey gave an outstanding performance of a very demanding and difficult program.”

“Frey has proven to be remarkably prolific, sustained by a combination of versatility, musicianship and an unquenchable curiosity.”

“….smart and vigorously tuneful, beautifully handled by Frey and the Amber Chamber Orchestra.”